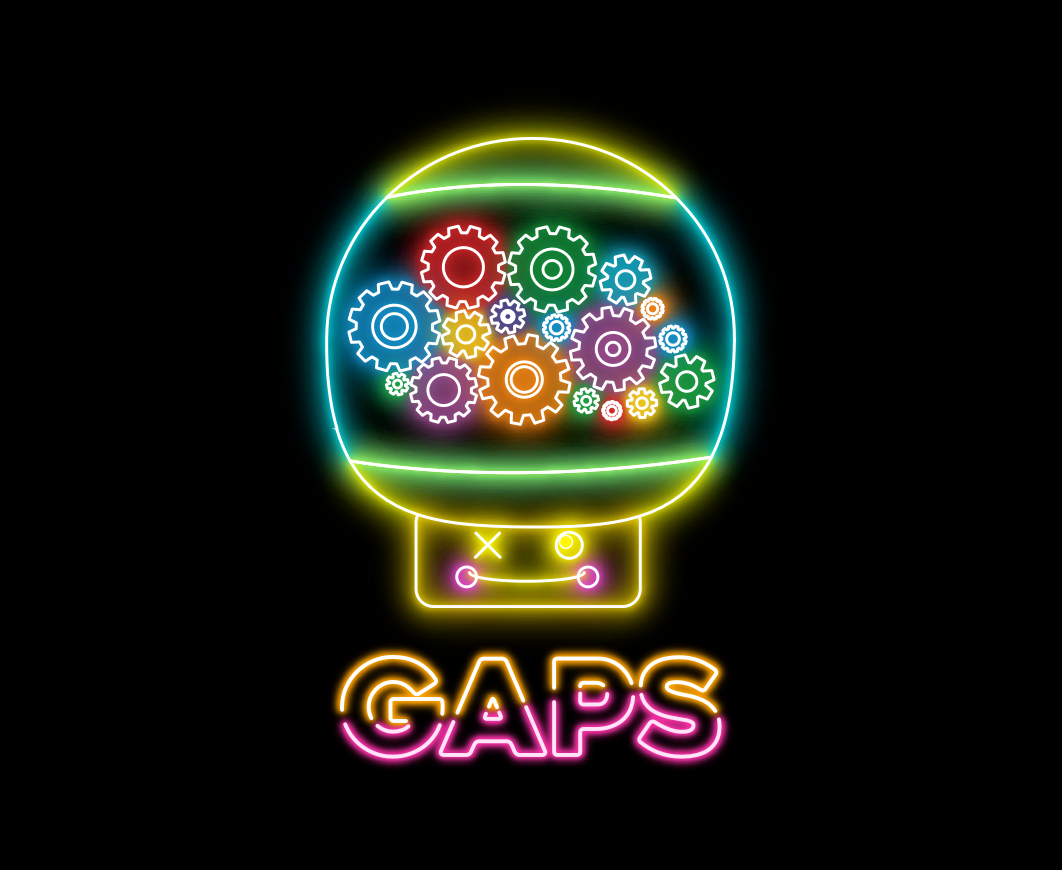 So, What is GAPS Project?

GAPS is a platform to enable service for predicting event of future by continuously training artificial intelligence based on collective intelligence, that is training with data generated through argument related with prediction.
The data related with prediction for training artificial intelligence is acquired through argument of collective intelligence, whose start point is based on the question that can be determined at future.
Here, the question that can be determined indicates that when the actual event occurred after pre-defined predictable time, anyone can refer the data or answer for that result using Oracle middleware provided by GAPS system. Also, we assume that there is no error in data itself.
When the generator opens a channel for training with a question for prediction, that question becomes a topic of the channel and participants of the channel propose their opinion about prediction for given topic. Finally, they take issue by joining to argument.
GAPS PLATFORM gather information from the community users through debate like process that should be about something that can be predicted and have answer to it. Such as voting, weather, sports and etc. To those who answered logically and correctly and as well as for the questioner who asked a logical question will get a certain amount of compensation in our token.
There are several people who have not yet realized the importance of crypto-currency for the global financial market. However, a party has already realized or is realizing.

The main part is that we will gather the information for the Artificial Intelligence to learn the data to create a one of a kind of super computer in the future that can be used to predict different things like natural disaster prediction rate, voting, marketing or trends and more.
The evolution of money as we know will change , and the evolution of every industry all the time is fast, this strongly imply that, Gaps Project, A.I on Collective Intelligence Through Predictive Discussion Platform" GAPS PLATFORM gather information from the community users through debate. 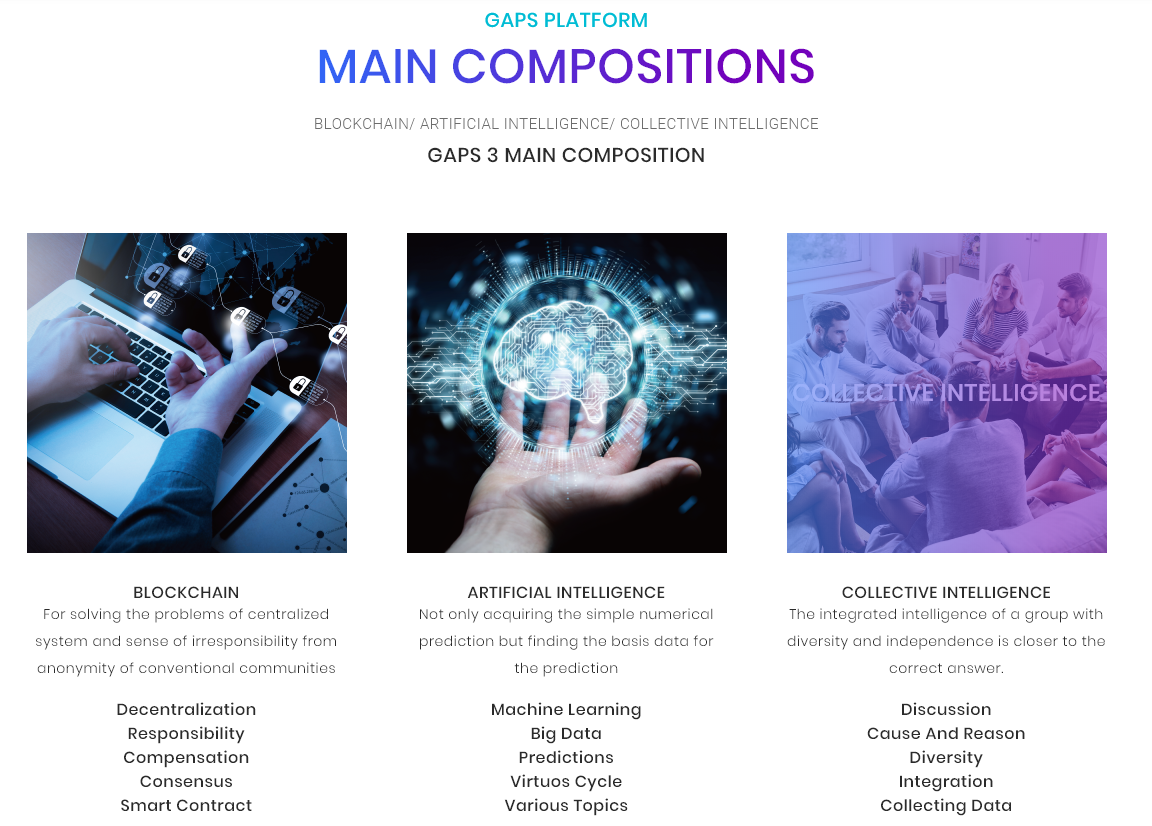 With globalization, new technologies are emerging in the environment in which we live, having an impact on society as a whole. Cryptocurrencies are a novelty that is inserted in the context of globalization.

It is the learning channel that allows participants to confront each other's opinions about predictions. Participants who have selected the correct prediction results and expressed their opinions are rewarded for their support for learning, and participants who made false predictions are redistributed at a certain rate to the creators and learners by collecting all the coins that were gathered from staking as a part of their responsibility for their opinions that resulted to learning failures. In addition, it is possible to receive or slash the logical score from the other participants who selected the same prediction, if the participant obtain a high logical point then he will be given a greater compensation in proportion to it, and the vice-versa can be established.

Questions about predictions that are the subject of the learning channel are always limited to determinable questions in which the answer needs to be determined after a certain period of time. Therefore, it is essential to get the prediction results from the outside of the chain. The process is called Oracle problem and we wanted to address this problem through accountability and compensation. Various Oracle data for this particular event is provided as middleware from the platform, if the actual results after a certain time of a particular event, the creator can import the data to the channel that he created.
Crypto-coins represent a true revolution in the process of buying and selling products and/or services nowadays. With just a few clicks and reduced costs, you can get goods from distant countries, with reduced costs. And best of all, without all the bureaucracy that existed before.
This is not surprising, because due to the decentralization of the cryptocurrency, it has become a very competitive differential for many companies, especially those that operate in the international market.

PROOF OF DISCUSSION FOR LEARNING

GAP'S distribution principles can be described based on proof of work(POW), one of the blockchain's consensus algorithms, all debate participants has the same function as nodes for mining, and as they provide basic computing power for mining, participants must provide a staking coin that replaces responsibility for each opinion for their respective opinions, and as if they were rewarded after the creation of a given problem, they will be rewarded after the creation of the block. Only participants are rewarded. For this reason, GAPS platform consensus algorithm is called POD (Proof of Discussion for Learning) which means that all agreements are made by learning through debate.